An Announcement from Ohio Poetry Day 2014

The 2014 Ohio Co-Poets of the Year, Dzvinia Orlowsky, (of Marshfield, Massachusetts) and David Lee Garrison (of Dayton, Ohio) have been named by the Ohio Poetry Day Association.

This award has been given annually since 1976 to a poet or poets on the basis of a book published in the previous year or two years.  The award consists of a money prize, an honorarium as speaker, and a plaque commemorating the event.  In addition, a poem by each poet will be included at the beginning of the Ohio Poetry Day 2014 prize poems collection, Best of 2014.

For 2014, Orlowsky's collection is Silvertone and Garrison's is Playing Bach in the D.C. Metro.  The winners are invited to speak and to read from their work at Ohio Poetry Day, which will be observed on October 24 - 25 at the Troy-Hayner Cultural Center in Troy, Ohio.
Posted by John B. Burroughs at 4:04 AM 1 comment: 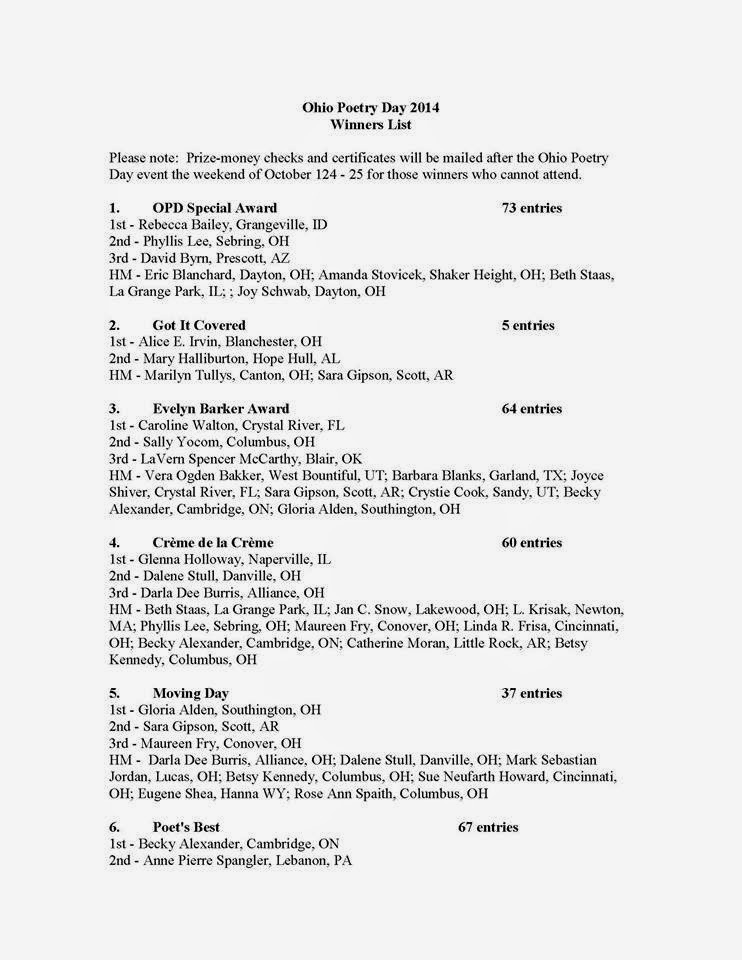 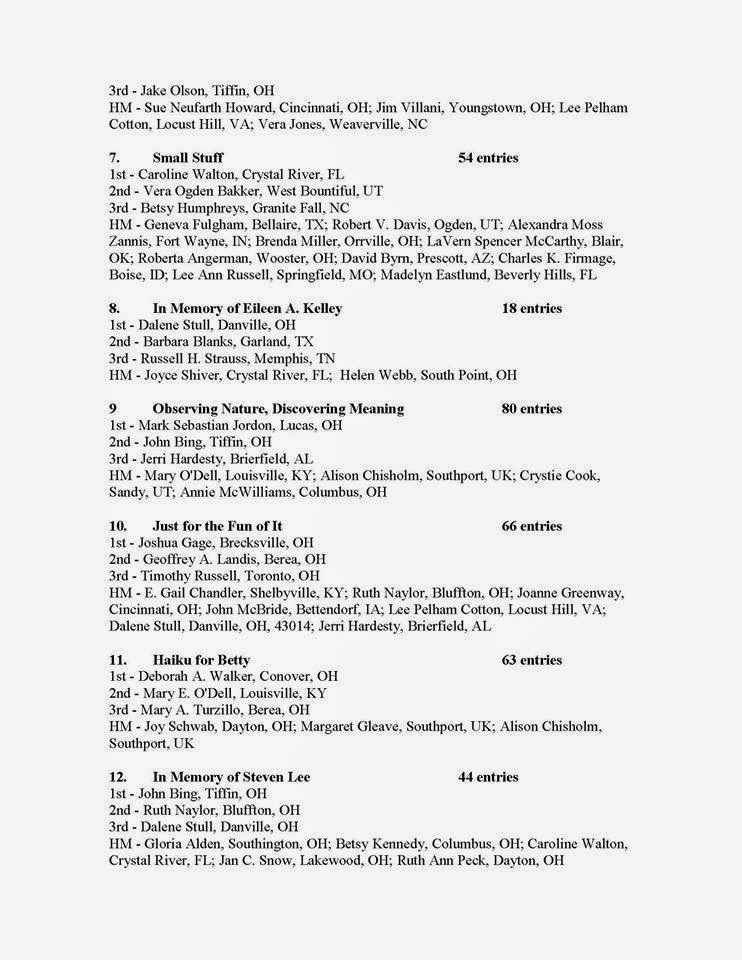 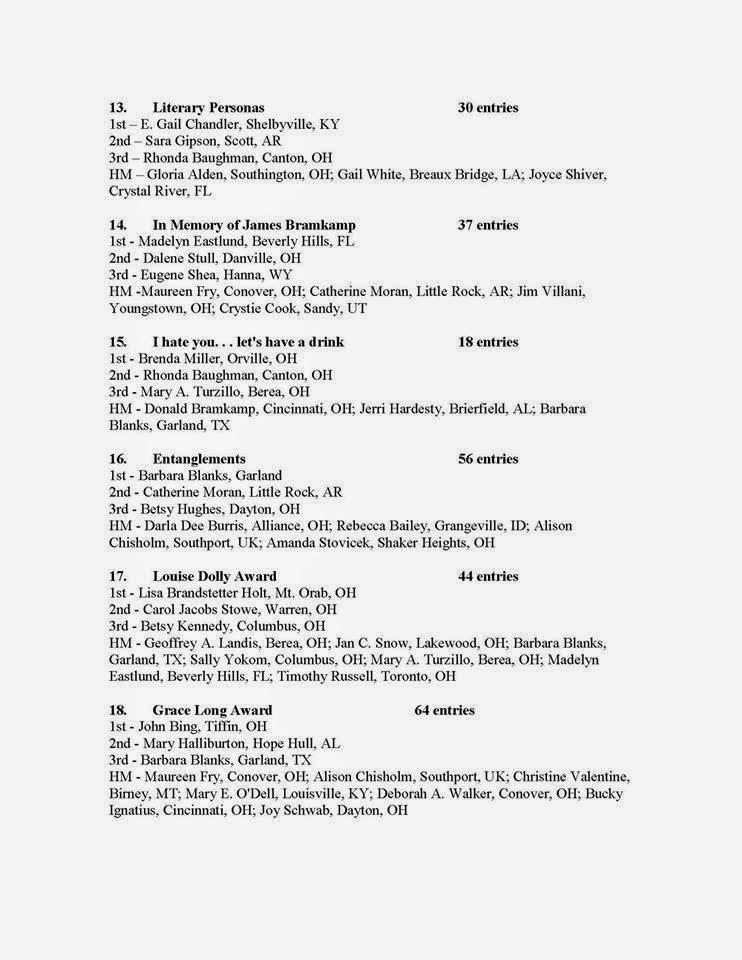 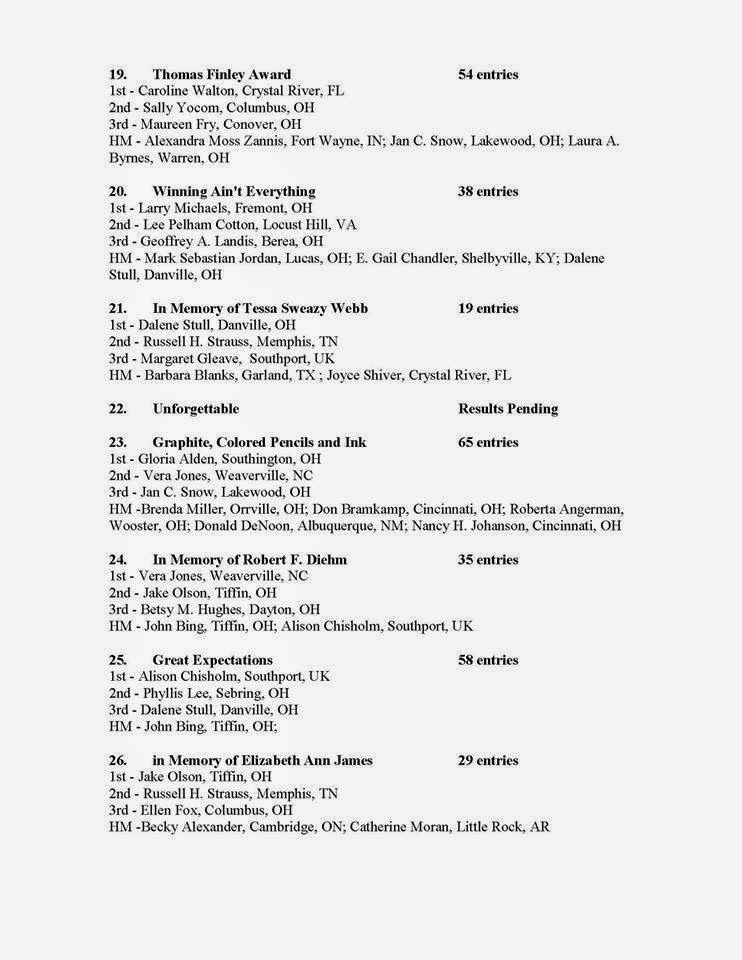 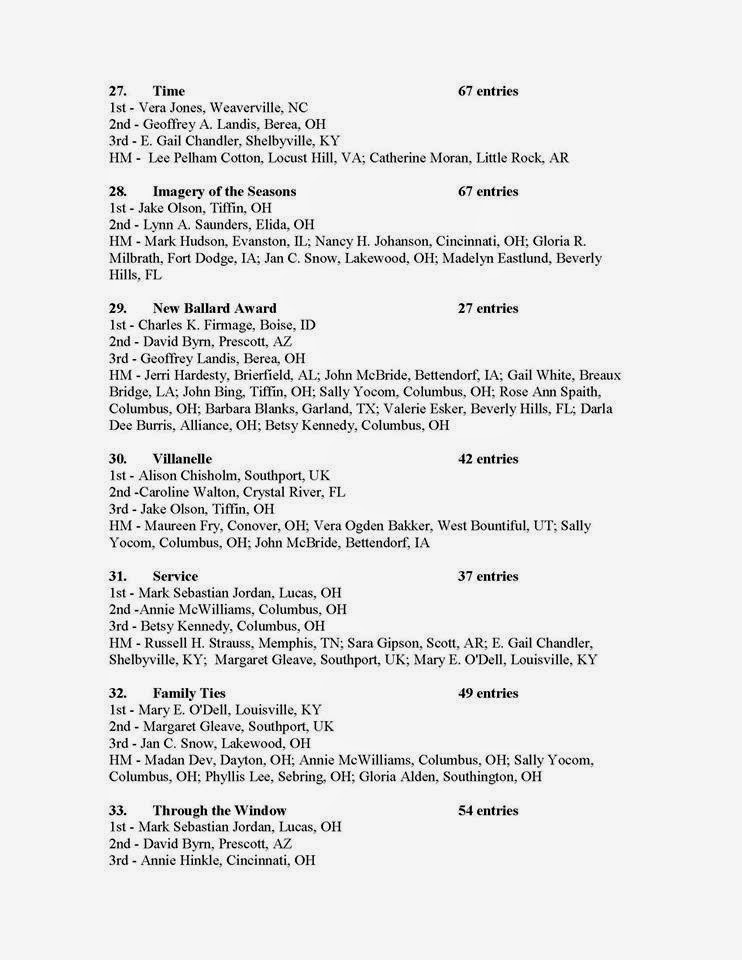 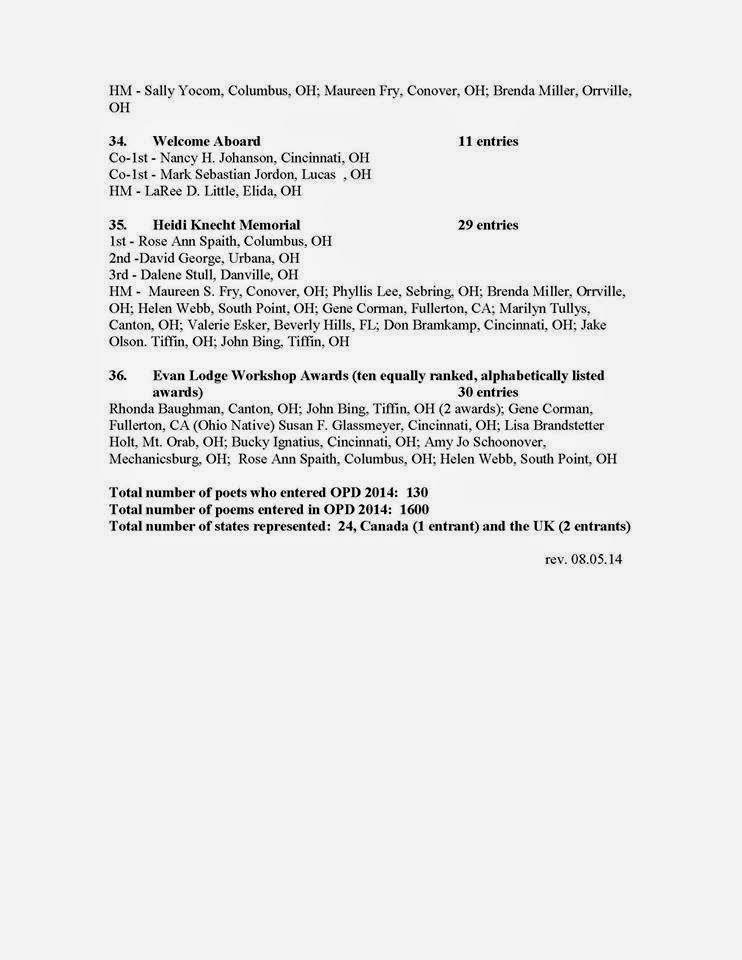 Posted by John B. Burroughs at 3:22 AM No comments:

Email ThisBlogThis!Share to TwitterShare to FacebookShare to Pinterest
Labels: 2014

Thanks to Geoffrey Landis for uploading the flyer/info for this year's Ohio poetry Day contests to his website.

Read/download side 2 here: http://www.geoffreylandis.com/OPD_Flyer_2014-2.pdf
Posted by John B. Burroughs at 8:40 AM No comments: